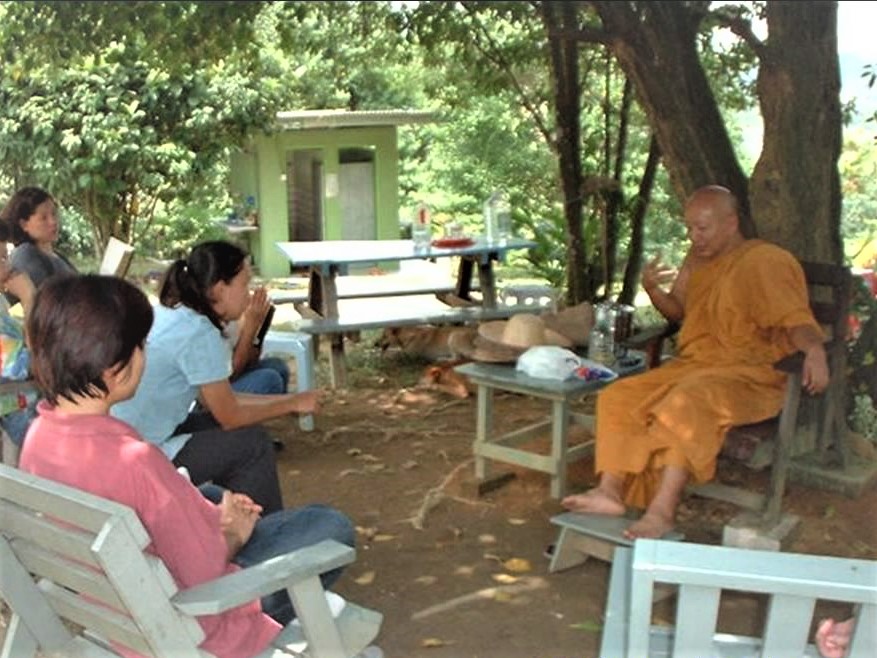 Many of the audios and videos found in this page are the result of Luangpor Dhammavuddho’s thousands of hours of study and practice of the Buddha’s Words found in the Sutta and Vinaya.

Some of these talks went as far back as 1988/89.  It was in Penang Buddhist Association (on a monthly basis) in 1991-92 that Luangpor Dhammavuddho gave the Samyutta Nikaya (Hokkien) talks and, subsequently, the Anguttara Nikaya (Hokkien) talks in 1992-93.  Those days talks were recorded in cassettes.  We are very lucky that these talks survived throughout the years until their conversion to the current digital format.  A big thank you and sadhu to everyone who took the trouble to do all these as your effort did not go to waste.  Now we can still listen to these inspiring Words of the Buddha in our local Hokkien dialect.

Luangpor Dhammavuddho has enlivened these Suttas in his talks, and made the Dhamma strikingly accessible.  The Buddha’s teachings found in the Suttas are invaluable, and no amount of gold can come close to its worth!

The gems are found here, especially in the Sutta talks.  Herein lies the heartwood, so to speak.

The Vihara is happy to offer recorded 8GB micro SD cards and players to any Buddhist Centres that maybe interested.  There are 3 categories of SD cards, and each contains about 300 hours of audio Dhamma talks:

This year each Buddhist Centre is eligible for up to 20 SD cards and 10 players. If interested, please directly WhatsApp the Vihara at +6012 469 7483. Please state clearly the number of SD cards required for each language, e.g. 10 English, 5 Hokkien, 5 Mandarin.

Alternatively, you may immediately download the talks from Google Drive:

Note:  In the Google Drive, you may find several folders with different dates, e.g. English 2017 & English 2018 folders.  Kindly download the folder with the latest date which will contain the most updated talks.

Also, you may find a file that contains the detail listing of the tracks and titles for the talks.  Here are the downloadable samples:

Free Professional Recordings of the Suttas
The ambitious project started under the guidance of Rupert Gethin, a professor of Buddhist studies at the University of Bristol, in the UK. He is the author of The Foundations of Buddhism, a regular feature on college syllabi, and the president of the Pali Text Society, which was founded in 1881 to “foster and promote the study” of the texts that are central to Theravada Buddhism.  The article introducing it:  Let the Suttas Speak for Themselves.

You can view most of the Dhamma talks at Vihara Buddha Gotama’s YouTube channel: