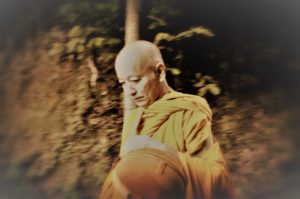 The founder and abbot of the Vihara is Venerable Dhammavuddho Mahathera, a Malaysian of Chinese descent.

As a layman he graduated from the University Malaya in 1971, and worked as an Electrical Engineer with the Public Works Department for 12 years before renouncing the home life.

His interest in religion led him to study the world’s major religions for a few years before meeting the Buddha’s teachings in 1976.

In 1983, he went forth into the homeless life in the Mahayana tradition.

Thereafter, he spent about 10 years living the solitary lifestyle in quiet places.

He has written numerous booklets on Buddhism, e.g. Message of the Buddha, Buddhist Monk’s Precepts, Liberation: Relevance of Sutta-Vinaya, Only We Can Help Ourselves, etc.

His talks in English, Hokkien/Fujian, Cantonese, span the years 1988 until the present.

The English talks on the 5 Nikayas, and Hokkien talks on the Angguttara Nikaya, Samyutta Nikaya, Majjhima Nikaya, as well as other talks have been recorded in audio and video.

In 1998, through donations collected by his supporters, a 15-acre piece of land outside Temoh, in Perak, was purchased to establish the Vihara Buddha Gotama.

This interview was conducted in May 2014 during Luangpor’s solitary retreat at VBG Cave in Penang: